Can a Common Parasite Cause Schizophrenia? 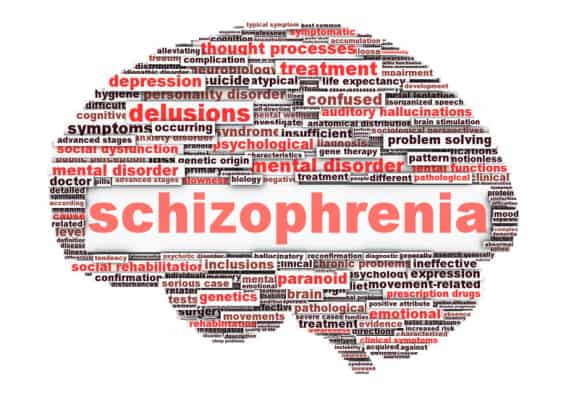 Interesting new research has recently revealed the unexpected effect a common parasite has on the human brain. It is becoming abundantly clear that certain microorganisms such as yeast, bacteria, and now parasites can directly and indirectly negatively impact both mood and even our ability to engage in reality itself. This is an important topic that often goes undiscussed in the conventional medical and psychiatric world. Sadly, many of the people affected by this parasite go undiagnosed and untreated.

What is Toxoplasma gondii?

Toxoplasma gondii (or T. gondii), is a parasitic organism commonly found in cat feces, in undercooked meat (pork, lamb, venison) and on unwashed vegetables. In fact, the increased risk of infection affecting both mother and fetus is why pregnant women are instructed to avoid cleaning cat boxes.

This particular parasite prefers our feline friends as its host of choice, as the intestine of the cat is the only place it can reproduce. The parasite can survive quite well in humans as well. The CDC estimates that 20% of people in the U.S. are carrying T. gondii in their bodies, most in a dormant state.

The active infection called toxoplasmosis is typically found in infected pregnant women and their newborns and immunocompromised people, with symptoms of swollen lymph nodes, fever, night sweats, weakness, fatigue, headache, body aches, and a sore throat in some cases.

As research continues into this parasite, a more sinister picture comes into focus. Its presents trigger a progressive inflammatory response in the brain due to toxic chemicals the parasite produces which are absorbed into the central nervous system.

As the brain becomes more and more inflamed, the affected person is more likely to experience not just depression, but also suicidal thoughts and intentions. As stated by Lena Brundin Ph.D., M.D. about a study published in 2012: “In our study, we found that if you are positive for the parasite, you are seven times more likely to attempt suicide.”¹

This astounding finding adds a missing piece to the inflammatory model of depression, which is slowly overtaking the previous serotonin theory of depression. But the effects on mental health do not stop there.

It turns out that while T. gondii often lives in the muscle tissue of its host, it has been found brain tissue as well. The location of the infection within the brain can influence which cluster of symptoms appear.

The parasite is thought to trigger the overproduction of dopamine², an important neurotransmitter affecting movement thought, and behavior. While low dopamine is associated with neurological diseases such as Parkinson’s; excess production of dopamine has long been held as a cause behind schizophrenia. Excess levels of dopamine negatively influence mood, sociability, mental concentration, and the sleep/wake cycle. These same behaviors are disrupted in schizophrenia.

Based on the research thus far, it is suspected that about 20%, or 1 in 5 people with schizophrenia are infected with, and therefore psychological impaired by T. gondii³. The direction in which research is headed suggests that other “mental illnesses” may have parasitic or dysbiotic origins.

While this information may be alarming, there are simple blood tests that can be performed to determine if a person has been, or is currently infected by the Toxoplasma gondii parasite. A blood sample is taken, and the presence of IgM and IgG antibodies to the parasite is identified confirming the diagnosis. If healthcare providers who work with schizophrenic patients would test for this parasite in these instances, I believe we begin to see a positive change in the mental health landscape. There are several therapies both pharmaceutical and herbal that are effective in treating this parasitic infection.

The information on this website is not intended to replace a one-on-one relationship with a qualified health care professional and is not intended as medical advice. It is intended as a sharing of knowledge and information from the research and experience of Dr. Soszka, who encourages you to make your own health care decisions based upon your research and in partnership with a qualified healthcare professional.