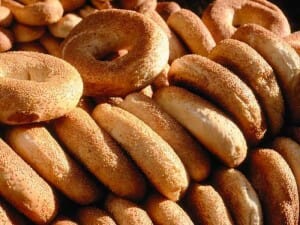 For those of you having gluten sensitivities due to an allergy or celiac’s disease will be very happy to know that gluten-free products have taken an evolutionary leap with Udi’s Gluten Free products.

As a Naturopathic physician with a holistic based practice, I often have to deliver the “bad news” that a person should avoid gluten product, my next task is teaching my patients how they can avoid gluten while maintaining a diet worth eating. The earliest attempts to make gluten-free breads were not impressive - think cardboard. Thankfully over the years the gluten-free product market has expanded dramatically!

This past Sunday, I decided to try gluten-free bagels made by Udi. In my mind I had already compensated for “gluten-free” taste, but in all honesty I actually forgot I was eating a gluten-free bagel, it completely tasted like a normal, gluten-filled bagel.

So, if you want to eat gluten-free and enjoy the full bagel experienced I recommend Udi’s bagels. You’ll find them in most health food stores, a list of stores carrying Udi’s gluten-free products is located in the page linked above.

Fruits and Vegetables You Should Always Buy Organic – 2015 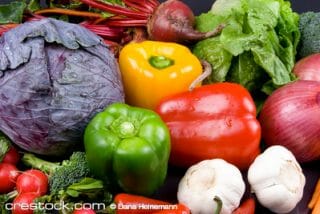 Shopping Smart and Healthy with the EWG Safe Produce Guide

The benefits of eating organic foods, especially produce are many. First studies have found that organic produce is likely to have up to 50% more vitamins than “conventional” produce.

Furthermore, the pesticides, fungicides, and artificial fertilizers can have a negative impact on human health, including the nervous system of both adults and especially the developing nervous system of children. Be aware that the body can often have a problem processing these chemicals and as a defense mechanism it may store these offending substances in the fat - this can lead to increased fat production!

Finally, Organic is better for both the environment and better for the economy as it creates more jobs. Since organic farms don’t use pesticides they rely on more traditional methods of cultivation which is more labor intensive.

Eating Organic on a Budget

However, in this economy many people have to think about their budget just as much as their health. The good news is that you can eat healthy AND save money by knowing exactly which vegetables should always be organic and other vegetables that are safe to eat as non-organic.

The following is a list of vegetables that you should always eat organic as research has found they are far more likely to absorb pesticides than other produce. The list is in order of organic necessity (e.g. apples must always be bought organically as it easily absorbs pesticides). The Environmental Working Group refers to this list as “The Dirty Dozen”.

Produce That Should be Organic:

For those on a budget, the following list are the fruits and vegetables found with the least amount of pesticide residues. They are listed in order of “cleanliness” thus earning the moniker: “The Clean Fifteen”

*Conventional sweet corn can be GMO. Currently 1% of corn-on-the-cob is GMO, while up to 40% of frozen and canned corn is GMO. All papayas from Hawaii are GMO.

Being aware of these general rules can help you improve your health while living within you budget.

Get the Dirty Dozen Shoppers Guide app for iOS or Android, or visit the Environmental Working Group for the latest updates.

The Truth About Aspartame – A War Against the American People

Many people have heard of at least one or two negative aspects to the artificial sweetener aspartame better known by the product names Equal and Nutrasweet. The truth is far more shocking than what you may have been told. The following is a must-see video explaining the history of the sweetener as well as the many health issues that can be either caused or worsened by aspartame.

END_OF_DOCUMENT_TOKEN_TO_BE_REPLACED

Green tea, a long-time staple of Asia has been found to have many health benefits and if new research holds true then we may need to add “anti-cancer” to the list of its positive health aspects. END_OF_DOCUMENT_TOKEN_TO_BE_REPLACED

One of the most challenging aspect of being a holistic practitioner is providing sound nutritional advice. As we all know there are literally thousands of diets - many of them faddish “flash-in-pan” diets made popular by “downwardly mobile” celebrities. Additionally the science behind many of these diets are faulty - grasping to one or two unproven medical theories that entire books are built around. I have found patients who have caused themselves physical damage following some of these diets. END_OF_DOCUMENT_TOKEN_TO_BE_REPLACED