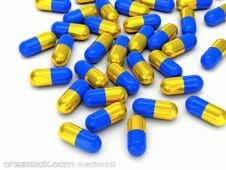 The topic of sleep and the lack thereof is quite the hot topic. Studies found that consistently sleeping for fewer than six hours each night may cause an early death. Ironically, too much sleep can also cause problems.

While people who consistently sleep more than nine hours a night can also be more likely to die early, the oversleeping may be an indicator of underlying ailments rather than a cause.

According to the British newspaper The Guardian:

“The study noted that previous research into lack of sleep had shown it was associated with ailments including heart disease, high blood pressure, obesity, and diabetes.”

Its no surprise that many people suffering from poor sleep turn to sleeping pills to get relief. Unfortunately, it now appears that reaching for a sleeping pill in order to get a good night’s sleep is pointless.

The U.S. Food and Drug Administration has had data for 15 years which shows that over-the-counter sleep medications such as Tylenol PM and Excedrin PM don’t offer any significant benefit to patients. It is not unclear why the FDA took 15 years to evaluate the data.

According to CBC News:

“An analysis of the data suggests the combination products are statistically better than a placebo but not by much.”

Furthermore it does not appear likely that any action will be taken against the makers of these medications regarding advertised claims which have now been proven untrue.

There is old medication that has taken on a new role in the past few years that offers a great deal of hope for those suffering from multiple sclerosis, Parkinson’s disease (and several other types of central nervous system disorders), HIV/AIDS, fibromyalgia, chronic fatigue syndrome, several types of cancer, and even autism in children. END_OF_DOCUMENT_TOKEN_TO_BE_REPLACED

Can YOUR Doctor Resist The Big Pharma Temptation?

It’s a sad state of affairs when drug companies have such a strong influence on the medical system that they get to dictate how a physician practices medicine, but when they offer such blatant financial incentives, you have wonder if you are seeing a doctor or a drug salesperson.

This video will open your eyes to the reality of how your doctor is being swayed by the pharmaceutical companies. END_OF_DOCUMENT_TOKEN_TO_BE_REPLACED

Nov. 5, 2009 — The popular pain and fever reliever acetaminophen may be linked with an increased risk of asthma in children and adults, according to a new research review of previously published studies by Canadian researchers.

But the manufacturer of Tylenol — the brand-name version of acetaminophen — says the painkiller has a well-established safety record.

Researchers pooled the results of 19 clinical studies, with a total of more than 425,000 participants, to see if the association between the pain reliever use and asthma (and wheezing in children) held up. It did.