There is a major misconception, even among people who try to eat healthy, that diet soda is a wise choice over regular soda. In reality, there’s no reason to be drinking either one of these atrocities.

At the top of the list is the fact that the sugar is replaced with artificial sweeteners such as aspartame (NutraSweet & Equal) and sucralose (Splenda) both of which have been linked to extremely detrimental effects on the body. Let’s take a closer look at diet soda and the risks involved – there are several hidden dangers lurking within. 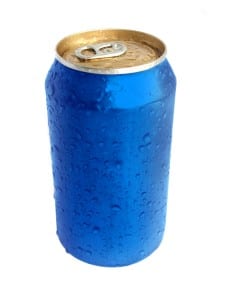 Aspartame is the technical name for the brand names, NutraSweet, Equal, Spoonful, and Equal-Measure. Aspartame was discovered by accident in 1965, when James Schlatter, a chemist of G.D. Searle Company was testing an anti-ulcer drug. Aspartame was approved for dry goods in 1981 and for carbonated beverages in 1983. It was originally approved for dry goods on July 26, 1974, but objections filed by neuroscience researcher Dr John W. Olney and Consumer attorney James Turner in August 1974 as well as investigations of G.D. Searle’s research practices caused the US Food and Drug Administration (FDA) to put approval of aspartame on hold (December 5, 1974). In 1985, Monsanto purchased G.D. Searle and made Searle Pharmaceuticals and The NutraSweet Company separate subsidiaries.

Aspartame accounts for over 75 percent of the adverse reactions to food additives reported to the US Food and Drug Administration (FDA). Many of these reactions are very serious including seizures and death as recently disclosed in a February 1994 Department of Health and Human Services report. A few of the 90 different documented symptoms listed in the report as being caused by aspartame include: Headaches/migraines, dizziness, seizures, nausea, numbness, muscle spasms, weight gain, rashes, depression, fatigue, irritability, tachycardia, insomnia, vision problems, hearing loss, heart palpitations, breathing difficulties, anxiety attacks, slurred speech, loss of taste, tinnitus, vertigo, memory loss, and joint pain.

Aspartame is made up of three chemicals: Aspartic acid, phenylalanine, and methanol. Aspartic acid has been found to be an amino acid that has an “excitory” effect on nerve cells – meaning it can over-stimulate nerve cells to the point that they destroy themselves – therefore it has been documented to cause severe neurologic conditions. Phenylalanine is an amino acid that a certain percentage of the population cannot digest – this is tested for at birth – PKU. Finally, methanol is simply wood alcohol and is well known to be toxic to humans.

Some additional effects of using Aspartame include:

All of these symptoms often lead to serious imbalances in the body – specifically a condition called Metabolic Syndrome. Metabolic syndrome is a cluster of risk factors such as excessive fat around your waist, high cholesterol, high blood sugar and high blood pressure, all of which can raise your risk of heart disease and diabetes. A study publish in 2008 in medical journal, Circulation concluded that consuming excess amounts of red meats, fried foods and diet soda increased the risk of heart disease.

Interestingly enough, many of the negative symptoms associated with the use of Aspartame started to reverse within 48 hours after cessation of its use.

Other Ingredients of Soda that Cause Harm:

The FDA has acknowledged that benzene, a carcinogen, has been found in U.S. soft drinks at four times the limit considered safe for drinking water.

This contradicts earlier FDA statements that the levels of benzene were insignificant. Organizations such as the Environmental Working Group have accused the FDA of concealing information about benzene in soft drinks.

Benzene has been linked to leukemia. It can form in soft drinks made with vitamin C and sodium or potassium benzoate.

Now is its well documented that regular soda can lead to obesity and diabetes – in fact a recent study found drinking one regular soda a day increases the chance of getting diabetes by 85% in women. But as I mentioned earlier NutraSweet used in many diet sodas can also lead to obesity and diabetes. Another study has shown that Diet Soda can actually double your chances of obesity because aspartame can confuse the body’s ability to count calories which can trigger a dramatic increase in the sensation of hunger and craving for carbohydrates.

Soda is one of the primary reasons, nutritionally speaking, why many people suffer health problems. Aside from the negative effects of the soda itself, drinking a lot of soda is likely to leave you with little appetite for vegetables, protein and other food that your body needs.

If you are still drinking soda, stopping the habit is an easy way to improve your health. Pure water is a much better choice. If you must drink a carbonated beverage, try sparkling mineral water.