Green tea, a long-time staple of Asia has been found to have many health benefits and if new research holds true then we may need to add “anti-cancer” to the list of its positive health aspects. 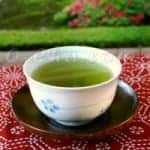 Green tea is made from the dried leaves of the Asian plant “Camellia sinesis” and is drunk widely across Asia. The rates of many cancers are much lower in Asia than other parts of the world, which has led some to link the two. Laboratory studies have shown that extracts from green tea, called polyphenols, can stop cancer cells from growing.

There appears to be a genetic link in all of this as well - when researchers analyzed the DNA of participants in the study and found certain genes appeared to play a role in the risk reduction. Green tea drinkers, whether smokers or non smokers, with certain types of a gene called IGF1, were far less likely to develop lung cancer than other green tea drinkers with different types of this gene.

While this is good news for green tea drinkers everywhere, if you are smoker you still need quit. period. Smoking has been linked to causing a dozen different types of cancer - not just lung cancer.