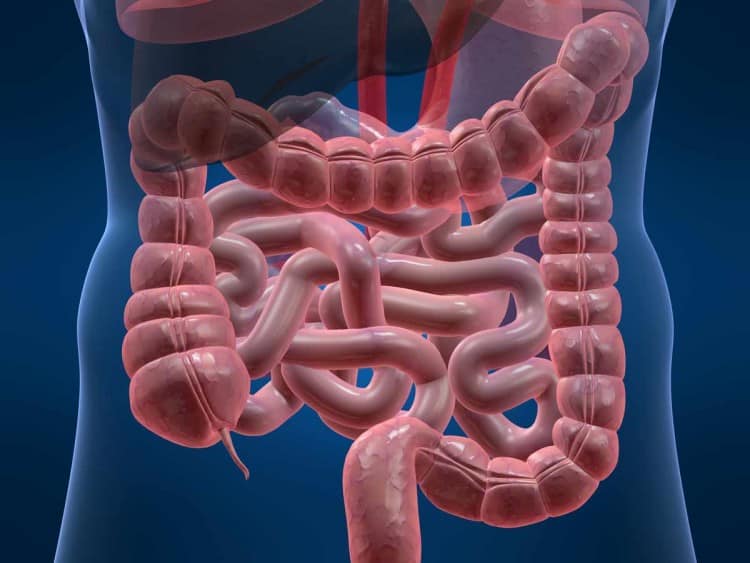 Small Intestine Bacterial Overgrowth (SIBO) is a condition that can often be overlooked as so many of it symptoms are similar to other more recognized digestive disorders. However, when typical holistic treatments do not improve, or worsen, gastrointestinal symptoms, then we should strongly consider SIBO.

It is interesting to see that the bacteria associated with SIBO can be “body-friendly” and not always a pathological strain which is more likely to cause acute gastroenteritis (think cholera or salmonella poisoning). Ultimately, small intestine bacterial overgrowth is matter of too much bacteria being in the wrong place.

The main reason SIBO is overlooked clinically, is because so many of the symptoms are identical to the symptoms of Irritable Bowel Syndrome (IBS). SIBO symptoms include: abdominal bloating/distension, belching, flatulence, abdominal pain, cramps, constipation, diarrhea, or alternating forms of both. All of these symptoms are also seen in IBS.

The other symptoms seen in SIBO include heartburn, nausea, food sensitivities, greasy stools, and even non-GI symptoms like headaches, joint pain, skin rashes, poor concentration and memory, etc. Its easy to see why SIBO might be diagnosed as a disease. There are several significant indications that SIBO might be the underlying cause of the symptoms: 1) when all the symptoms either improve or dramatically worsen when taking oral antibiotics - which kills gut flora, and 2) when normally beneficial probiotics such as acidophilus worsens the symptoms, 3) taking fiber worsens constipation and other GI symptoms.

There are several theories about what causes Small Intestine Bacterial Overgrowth. Surgery and damage to the small intestine can be a trigger for SIBO as the change in structure can reduce the normal movement of the small intestine. Additional causes include opiate medication such as pain killers, non-steroidal anti-inflammatory drugs (NSAIDs) such as aspirin and acetaminophen can also trigger SIBO.

Decreased stomach acid should always be considered as a cause, as stomach acid acts as a barrier (much like a moat around a castle) designed to prevent bacteria colonizing the small intestine. Interestingly enough, recent research has linked past episodes of food poisoning to an increased risk of SIBO.  Certain strains of virulent bacteria can actually damage the clusters of nerve cells called the Migrating Motor Complex (MMC) that live deep in the small intestine tissue. Injury to the MMC results abnormal small intestine movement and emptying.

In some cases, the source of the small intestine dysfunction may exist in the brain. In well documented cases, a brain trauma such as a head injury from an accident, can trigger digestive dysfunction. Research is indicating that there is a close relationship between the brain and the highly developed, enteric nervous system of the digestive tract. I’ve seen cases of patients who with a significant medical history of brain trauma experience seemingly unrelated digestive symptoms.

Ultimately, colonization of the otherwise nearly pristine small intestine by bacteria that would otherwise not be found in the part of the digestive tract results in the symptoms of SIBO. As these colonies of bacteria (and sometimes yeast) gain a foothold, nutrients that would normal be absorbed by the small intestinal cells are hijacked by the bacteria resulting in malabsorption, triggering conditions such as fatigue, iron-anemia, and other vitamin and mineral deficiency.

How Do You Test for SIBO?

Testing for SIBO is relatively simple with appropriate testing. Unfortunately, neither a stool, blood or urine test can accurately detect SIBO. The only means to detect SIBO is through the SIBO Lactulose Breath Test. This is a timed test in which a patient drinks lactulose before the test. Lactulose is a sugar molecule that isn’t absorbed into the body, instead the bacteria consumes this substance and produces gas as a byproduct.

The SIBO breath test a timed test as the small intestine transit time is about 120 minutes (2 hours) when consuming lactulose on an empty stomach. Ten breath samples are collected in glass tubes over a 3 hours period,  spaced every 30 minutes apart. Normally, such a test would detect a spike in gas production once this substance reaches the colon (large intestine) which is full intestinal flora. Remember, a healthy small intestine should have very little bacteria as its main job is absorbing our food. Theses glass tubes are tested for two types of gas, hydrogen and methane. If the amount of either gas meets the required threshold within the first 120 minutes, then the SIBO breath test is positive and the diagnosis of SIBO is given.

In part 2, treatment options will be discussed, including some fascinating work being done with bacteriophages.