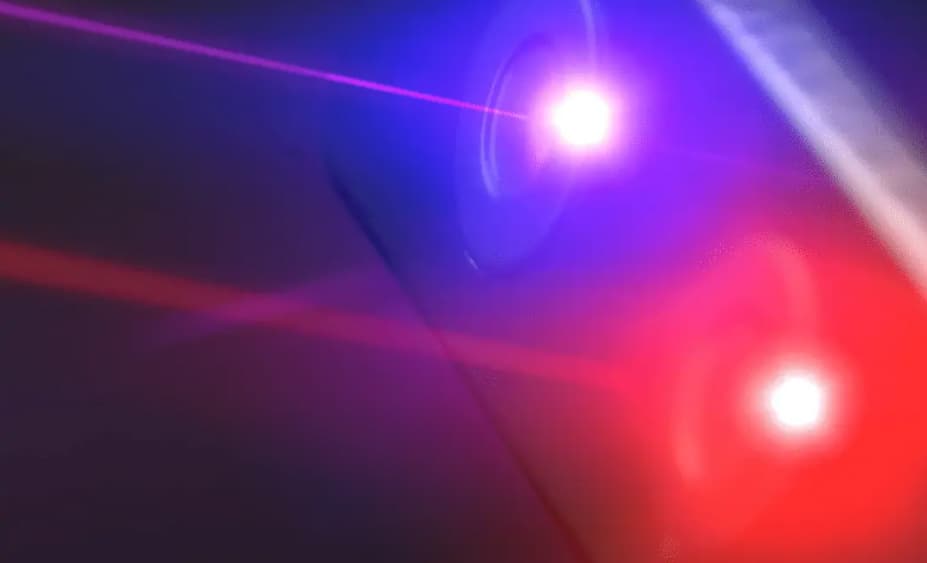 I’m always hesitant to use the word “heal” when it comes to thyroid conditions. But low level laser therapy is making a massive impact for those experiencing autoimmune thyroid disease, especially Hashimoto’s thyroiditis.

Hashimoto’s thyroiditis is an disease in which our own immune system attacks the thyroid. Thyroid antibodies are created, like Old-West wanted posters triggering white blood cells to hunt down and destroy thyroid cells. Over time the thyroid can’t keep up with the demands of the body and hypothyroid occurs.

Hypothyroid symptoms such as fatigue, hair loss, brain fog, aches and pains, dry skin, constipation and even weight gain occur as the body slows down and can no longer function normally.

Conventional medicine uses thyroid replacement medication, typically levothyroxine, to control the symptoms and get lab markers such as TSH and T4 into normal range. There’s no effort to stop the destructive process in the thyroid. Likewise, there’s no attempt to get to the root cause of Hashimoto’s thyroiditis.

Functional practitioners, like myself, focus on improving symptoms but also stopping and reversing the damage associated with Hashimoto’s thyroiditis. This brings us to the topic of this article, laser therapy.

What is Laser Therapy?

When most of us think of lasers, our minds drift toward Sci-Fi space battles or perhaps high tech cat toys. The reality is that laser is leading a revolution in medicine. While the technology is decades old, laser therapy is poised to change the landscape of modern healthcare.  There are many types of laser used in medicine. For our discussion we’ll focus on the differences between hot and cold laser therapy which are distinguished by their power output.

Hot lasers are known as Class IV lasers and have a power output above 500 milliwatts (mW). On the lower end of this range, hot lasers are used for musculoskeletal injuries. This is called high-intensity laser therapy (HILT). High powered Class IV laser are used in surgery to cut tissue. Hot lasers are so named for their ability to quickly heat up body tissues. Used too much or for too long can potentially injury tissues. For this reason, DO NOT allow anyone come anywhere near your thyroid with a Class IV laser! The thyroid is very sensitive and the heating effects of this type of laser can SERIOUS DAMAGE your thyroid!!!

Cold lasers have low-level power output below 500 mW. They are further divided into Class II and Class III lasers. Unlike hot lasers, these type of lasers don’t increase body tissue temperatures. Using cold lasers in clinical treatment is called low-level laser therapy (LLLT). Class III laser have a power output between 100 to 500 mW. The power output of Class II lasers are below 100 mW, making this class of laser extremely safe. Because cold lasers don’t heat up the body, it is safe for use many different types of body tissues - including the thyroid. I use a Class II laser in my clinic.

Some critics of Class II lasers raise concerns that these low wattage lasers don’t penetrate deep enough into body tissues.  However, research has found that deep tissue penetration isn’t needed to promote tissue healing. This is especially true for thyroid tissue  which sits relatively close to the surface of the body. Several functional neurologists have reported positive changes to brain function in individuals with traumatic brain injuries. This is with directing the laser beams directly toward the skull! The strength of these Class II lasers are more than adequate to promote healing in many different tissues. 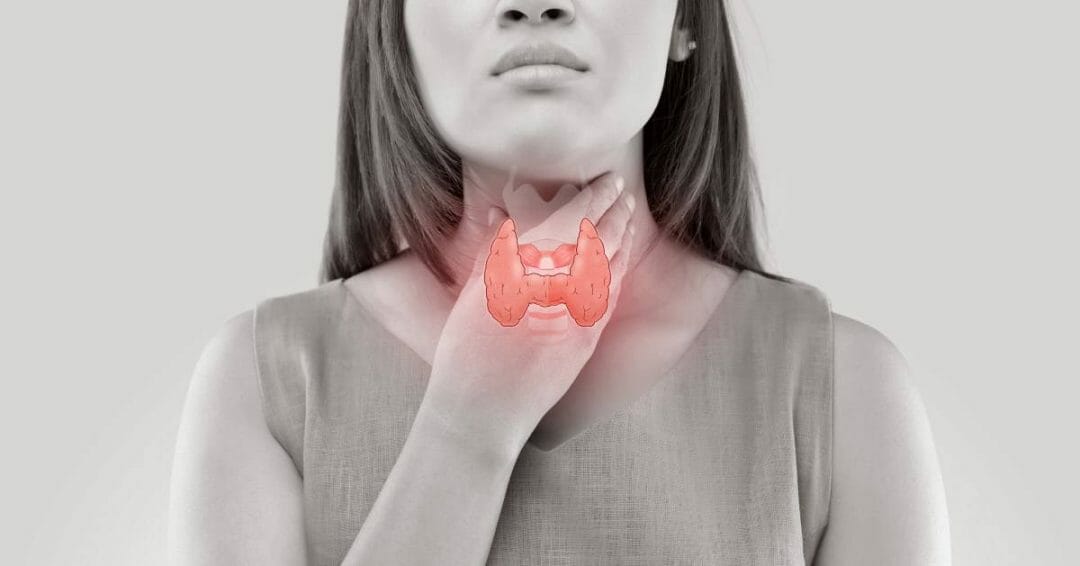 Laser therapy has been around for 40 years, so it’s not “new” per se. LLLT has a solid track record in helping with musculoskeletal injuries and even nerve-related conditions. In 2010 a few Brazilian researchers began examining the effects of laser on autoimmune thyroid disorders. The initial results were remarkable. This led to further studies with equally impressive outcomes. Let’s take a look at results of these studies. I’m sure you’ll be impressed.

In the 2010 study, there were two groups of participants, the first received Class II laser thyroid treatments, the other received placebo treatment.  Each received treatments per twice week for 5 weeks. The placebo group didn’t experience any significant changes. However, everyone in the LLLT group were able to reduce their thyroid medication (levothyroxine) dose. Better yet, 47% were able to stop levothyroxine entirely and continued to have normal thyroid function 9 months after therapy! Thyroid antibodies dropped by 54% on average.

Each participant had an thyroid ultrasound prior to and 30 days after LLLT (or placebo) treatment. The LLLT group had positive changes in their ultrasound results. Healthier thyroid tissues with a reduction in thyroid nodules.   In this study there weren’t any other lifestyle modifications made. These results are based on the LLLT therapy alone.

A 2012 study found that 10 laser treatment helped improved blood flow in thyroid tissues as measured with thyroid ultrasound. Patients with Hashimoto’s thyroiditis often have abnormal blood flow within the thyroid.

How does Laser Help the thyroid?

LLLT reduce thyroid antibodies by increasing Transforming Growth Factor B (TGF-B). This cytokine helps improve and maintain self-tolerance in the immune system. Self-tolerance is the process that our immune system uses to distinguish the difference between our own tissues versus a foreign invader (e.g. bacteria or virus).  Improved self-tolerance in this case, results in reduced thyroid autoimmunity. This is a critical step in healing thyroid tissues.

Low level lasers can help regenerate and heal thyroid cells. This occurs through the process called photobiomodulation. Light frequencies between 405 and 635 nanometers help reduce inflammation, increase blood flow, and increases the healing activity within injured cells. Interestingly, these same light frequency promote the activity of mitochondria. These are the power generators within the cells that provide the energy needed for normal cell function.

As you can see, studies using low level laser therapy (especially Class II lasers) for Hashimoto’s thyroiditis have shown positive results. As impressive as these results are, the studies didn’t incorporate other helpful therapies. As you can imagine, low level laser along with other thyroid healing protocols has the potential for changing your life.

I am pleased to announce that we are offering Class II LLLT treatment for thyroid conditions at our clinic, NW Functional Thyroid Clinic, in Portland, Oregon. We are the only clinic in the area using the protocols developed by Drs. Jerome Rerucha and Kirk Gair. These protocols are based on the frequencies used the studies discussed in this article along with the insights of Dr. Gair and my own experience using LLLT.

Laser therapy is part of a comprehensive, functional approach to treating thyroid conditions including Hashimoto’s. Combined with a thyroid-friendly diet, supplements, medications (as needed), laser therapy can be game-changing. We are accepting new patients and require those new to the clinic to complete our new patient intake prior to starting laser therapy.

Our RECOMMENDED COURSE OF TREATMENT

Who can receive LLLT Therapy?

Thyroid Conditions We Do Not Treat

There are a few thyroid conditions that we don’t treat using low level laser therapy. This is based on a lack of evidence or research to date. We may reverse our policy as new information becomes available.

Are you ready to experience the benefits of low level laser therapy (LLLT)? We offer LLLT as part of our functional approach to healing your thyroid. We are accepting new patients in our SE Portland, Oregon clinic. 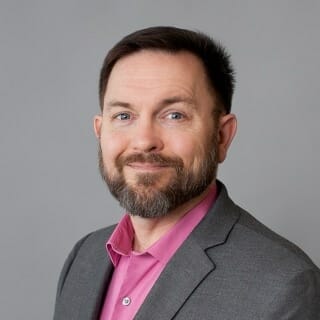 Dr. Soszka is a naturopathic physician, functional medicine practitioner, and licensed acupuncturist who has used a holistic approach to treat thyroid and digestive conditions effectively for over 20 years. He has helped thousands of patients restore their health and improve quality of life. Dr. Soszka's book, The Thyroid Fix is available on Amazon.com on Kindle and in paperback. He is currently accepting new patients at his clinic, NW Functional Thyroid Clinic, in southeast Portland, Oregon.